A decision notice has been recieved for a new housing development on the former playing fields of St. Mary’s School, Cheshunt – located on Dark Lane in Churchgate, allowing the development to move forward after years of work. A former green belt site, the land was marked for adoption in the 2018-2033 Broxbourne Local Plan. The new development will host 50 homes – ranging from 2 to 4-bedroom units and providing both private and affordable housing for the Cheshunt area – along with an extensive green infrastructure connecting the development. 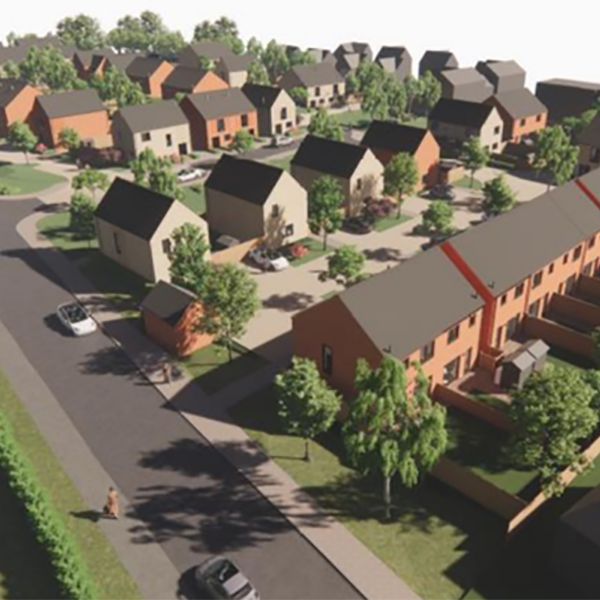 Stomor was commissioned by Chalkdene Developments to carry out work for the planning of this development – including the creation of an addendum to previous Transport Assessments, and associated works including a Travel Plan and means of access plan.

Stomor has previously worked on plans for this site, including the creation of Flood Risk Assessments and drainage strategies in the period between 2013 and 2019 – contributing to the development prior to this stage.

Through the course of preparing the Transport Assessment, Stomor came across a variety of constraints which required resolution. Due to the nature of the site adjacent to a previous development, an emergency access route was required to connect the two – which was planned and provided by Stomor as a part of the means of access plan.

In addition, the development planned to open up a water course running through the site – providing a number of ecological benefits – however this added significant steps to the creation of access plans and internal road designs.

The Transport Assessment also took important steps to accommodate and integrate the development with the pre-existing transport network – including pedestrian footways, highways, and accommodating public transport. Additionally, the creation of a Travel Plan ensures that new residents will be encouraged to utilise sustainable and efficient transport networks in the vicinity of the site.